How is Transit of Lord Mercury for Cancer Zodiac 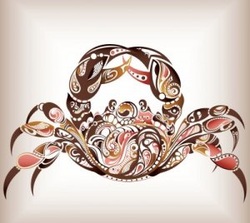 When Mercury is in Gemini the native will tend to think quickly. He/she will possess a certain kind of brightness, which is not common to people of the other signs. It will help the native through difficult situations. The native’s ability to take quick decisions is a great help during difficult times. At the same time the native will be extremely talkative. It means the individual will be good at communication. The individual may do a lot of travelling, which he/she loves. This sign will provide the individual a more rational outlook. The native will also be less emotional. The talents of the native lie in his/her ability to communicate. Such an individual possesses quick wit and is able to see all aspects of a situation very clearly. However, the individual’s mental make-up is such that he/she tends to blame others for what he/she does wrong. When Mercury transits the third house in a chart, it will create great curiosity in the native. His/her native His/her needs to communicate will be accelerated immensely. The native will like to spend more time in writing, and expressing his/her thoughts is some from or way. Such a native will possess great mental ability and powers of perception. He will be mentally and intellectually very alert and possess an inquisitive mind. Although the native possesses a quest native will have a lot of skill in communication at work. Such native possess great potential for a career in the media and jobs associated with publishing and printing.
For personalized predictions, please Click Here>>
Click on the below links to know how is Mercury‘s Transit for your Zodiac Sign:
Powered by