Transit of Lord Mercury in the Horoscope 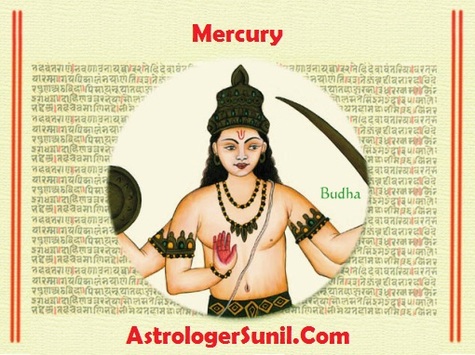 Mercury, one of the most swiftly-moving ancient gods of Greece, has more real aspects to grant upon its natives. An advanced position of Mercury in the Birh Chart assists the person nobly in decision-making. When positioned in the ascendant in the horoscope, Mercury contributes the person distinctly good looks and makes him/her very alluring to others. It grants upon the native the attribute of conversation and velocity in character, which is not very usual with folks of other Zodiac signs. Mercury’s chief region of supremacy is the spirit, especially the part that refers with idea, motive and communication. Usually this planet does not remain greatly away from the Sun in the horoscope. So it has an uncommon relationship in the birth-chart with the Sun and is never further than 28 degrees from it in a horoscope. Therefore, in Indian Astrology we range our explanation of Mercury’s characteristics mostly to the Sun, although it also has certain specified qualities of its own. The Lord Mercury is associated with journey and intelligence in a native's horoscope. The Romans examined Mercury as the deity of trade and profession in the horoscope, so its union with journey and communication in the Kundali is very natural. Mercury is also associated with inscription and education in the Birth Chart.
Click on the below links to know how is Mercury‘s Transit for your Zodiac Sign:
Powered by