How is Transit of Lord Mercury for Libra Zodiac 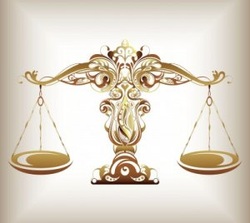 The Moon rises in Libra in the chart of a person, making the native think twice before taking any deed. There is no rapid rushing into things. Often the native have a calm look, is commonly excellent and balanced in crises, and doesn’t fear easily. When the Moon is in Libra, there is an element of heroism combined with humanity and pity for the poor. Since the balance is the sign that the Moon is occupying, the native is also totally balanced in his/her conduct and can act as an admirable mediator between two opposing sides. When the Moon is transiting the seventh house in a native’s chart, it makes him/her clever to reply well and appreciably to the comrade’s needs if it is strong and is in a fit or favorable sign. At times, this lunary influence over moods can cause problems. Sometimes emotions induce just to invite the mate’s care and grow the warmth of his/her tenderness. But such outbursts can be detrimental. The native must keep this in mind.
For personalized predictions, please Click Here>>
Click on the below links to know how is Mercury‘s Transit for your Zodiac Sign:
Powered by